There’s a whole art about cooking thick juicy steaks. If you think you’re the king of the grill and you know just exactly how to cook your steak, think again. We’re not doubting your skills on the grill, it’s just that there’s a true art behind cooking the perfect juicy steak. Traditional cooking techniques inevitably form a grey band of overcooked meat around the outer edges of a steak. This is the technique steak chefs across Ireland are not going to tell you about. Fear not, we’re here to help and guide you through this remarkable secret. Together, we’ll give you the title of “King of the Grill” by the end of this post. Just imagine the apron you’ll soon be flaunting around the kitchen! Here we go:

According to the best steak chefs in the world, you need to slow-cook your steak in the oven first and only after this step, you’ll sear it in a pan or grill. 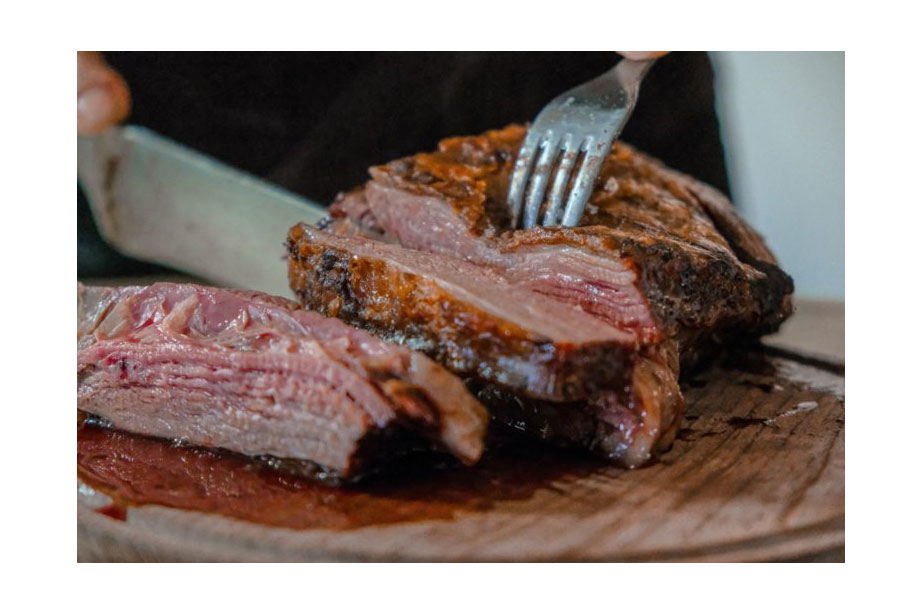 This may shock you, but the reasoning behind the “reverse-sear”, as they call it, is that you get the moistest steak with a beautiful, crispy, brown coat. When beef reaches temperatures above 140 degrees, it undergoes structural and chemical changes that cause it to dry out and toughen, as well as lose its red colour. You may have heard of patting the steak with kitchen roll before cooking, the idea is similar, if the steak is dry on the outside it’ll sear better. It turns out that as long as there is still moisture on a steak, all the heat from the pan is being used to boil and vaporise the moisture (and not the steak) and the steak can’t brown until all of its surface moisture has evaporated. Putting it in the oven first essentially dry’s it on the outside, ironically making it juicier because the juices are locked in when seared.

I know you’ve been told that searing a steak first is the way to go because you’ll be locking all the delicious juices in, but this theory has been proven wrong. The problem with cooking a steak this way is that the first layer of meat is the first to cook and the meat doesn’t cook evenly and creates a grey area between that first crispy layer and the juicy, pink inside. Or if you cook it for a little too long, you end up with a half-dry, half-pink steak. Not good.

Reverse-sear has you putting the steak in your oven, cooking it at a low temperature (ideally between 95°c – rare and 135°c – well done), which first will make it more evenly cooked and tender. After cooking it for 20 to 35 minutes (it depends on how you like it: rare, medium, well done), sear it in a hot skillet (or grill). Sear all sides for a few seconds and your steak will be ready. 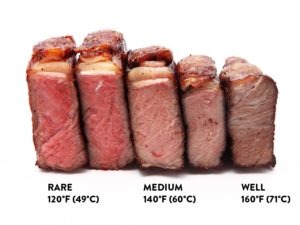 For better results, the steak needs to be cooled, and you can leave it in a wire rack in the fridge overnight for this purpose. Also, this technique better applies to thick-cut steaks, at least 1-inch thick, which are obviously more difficult to cook if you opt for the traditional way and not want them dry and chewy. The science behind this is actually really amazing and interesting. The explanation? Meat contains active enzymes called cathepsins, which break down connective tissues over time, increasing tenderness (a fact that is demonstrated to great effect in dry-aged meat). As the temperature of the meat rises, these enzymes work faster and faster until they reach 122 degrees, where all action stops. While our steaks are slowly heating up, the cathepsins are working overtime, in effect “ageing” and tenderising our steaks within half an hour. When steaks are cooked by conventional methods, their final temperature is reached much more rapidly, denying the cathepsins the time they need to properly do their job.

If you’re still not convinced that for the best, moistest steak you should start with the driest possible one, try it for yourself! Buy a thick-cut steak and reverse-sear it for your next dish! Share your results with us later.

+ There are no comments